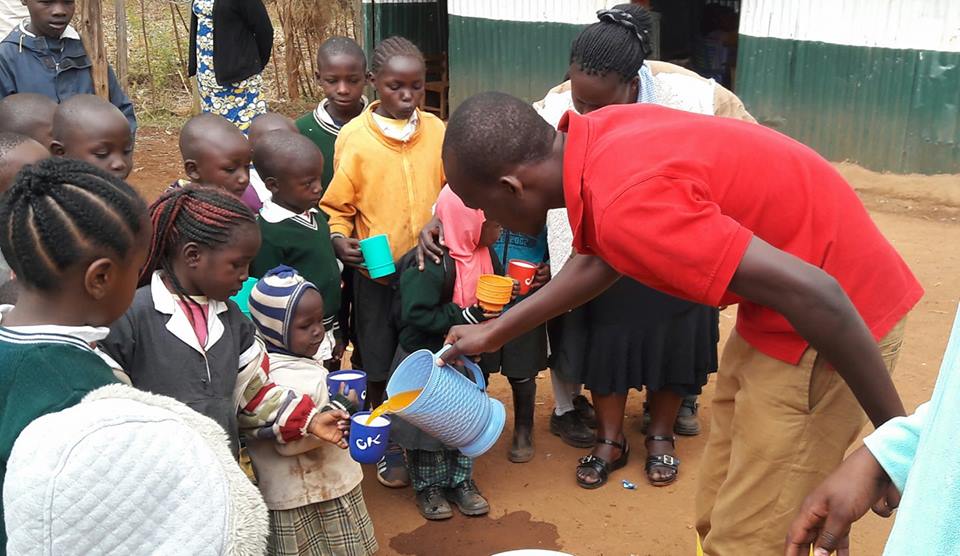 Here are some of the main problems faced by children in Kenya:

Poverty
Kenya is victim to extreme and endemic poverty. Half of its population lives below the poverty line, making an average of US$ 2 or less per day. Stark disparities in income and standards of living – plus a steady rise in inequalities – are rendered all the more striking in view of the country’s position as the commercial and financial center of that region of Africa.

The problem is exacerbated by Kenya’s high population growth rate of 2.69% a year, which strains the support capacity of state and non-governmental relief resources – especially as the highest birth rates are recorded among the lowest income segments. Over half the burgeoning population comprises of children below 18 years.

The high poverty rate exerts its most extreme effects on the welfare of children, limiting their right to access clean water, healthy food, medical care, education and protection of basic freedoms.

Health
Kenya is victim to drought, rising food prices and a constant influx of Somali refugees. Consequently, it has not been able to ensure that its children are adequately nourished. There has been an increase in malnutrition, which has facilitated the spread of many maladies from measles to polio.

Lack of awareness, hygiene, infrastructure, medical material and qualified personnel are factors that foster the rapid spread of HIV and other maladies. The impact of these drawbacks is reflected in the extraordinarily high infant mortality rate, with over 8% dying before the age of 5 years.

Education
Poverty, labor, inadequate infrastructure and child marriage are all factors that prevent children from receiving an education. It is estimated that 30% of them do not attend school. For a country to escape poverty, all of its children need to have access to a decent education.

Violence Against Children
In Kenya, violence against children takes a variety of forms: physical, mental, sexual and moral. It occurs in both the home and at school. In the latter sphere, cases where children have been assaulted and even raped by their teachers are not uncommon; with girls who have been victims of rape often becoming pregnant and being forced to drop out.

Child prostitution, with all its attendant evils, is another problem. Though prohibited by law, it remains difficult to deal with. Its intractable nature is reinforced by the steady rise in the number of poor children, as well as the number of children orphaned on account of AIDS. These factors, in conjunction with sex tourism, have contributed to an increase in the incidence of child prostitution.

Child labor
Due to ineffective legislation and extreme poverty, the percentage of children forced to forego an education for work remains high: affecting 26% of all youth aged between 5 and 14 years.

Many children work on plantations under deplorable conditions. Others are employed as domestic helpers. These jobs are invariably physically and morally exhausting, and lead to apathy and hopelessness. Children who cannot find work often resort to begging in order to help support their families, gravitating towards a non-productive existence on the streets of the larger cities.

Child Refugee
This year Somalia, one of Kenya’s immediate neighbors, has been the victim of one of the worst droughts in recent history. As a result, numerous families have sought refuge and relief in Kenya, only to find the latter slow in materializing with serious and often fatal consequences for the children, who comprise the majority of refugees.

Refugee camps have been set up at Dadaab. Many of the refugees arrive at these camps in a weak and dehydrated state, suffering from severe malnutrition. The humanitarian aid made available to them from local and international sources remains woefully inadequate to combat the crisis, and many children face a constant struggle between life and death.An estimated 2 million children in this region are chronically undernourished.

Detention of Children
With regard to preventive detention of offenders, children are often locked up in the same facilities as adults, frequently being forced to share cells with both men and women. Consequently, physical and sexual abuse of incarcerated children is a common occurrence.

An especially alarming feature of this situation is the high number of innocent children below the age of 4 years languishing in Kenyan prisons. This is due to the fact that many female inmates bring their children with them when serving sentences, having no one to look after such infants during the mother’s absence.

Female Genital Mutilation
Female genital mutilation is still practiced in several parts of Kenya. The procedure itself is both painful and humiliating, as well and unsanitary and extremely dangerous. Young girls subjected to it frequently suffer from hemorrhages and various infections. Fatalities are all too common. Survivors of this barbaric practice often suffer permanent physical disability and lifelong psychological damage.

Child Marriages
The practice of child marriage remains widespread within certain ethnic groups. More than 25% of Kenyan girls are married before the age of 18. These young girls are in no position to understand what marriage entails, and invariably face a future of unrelenting hardship and incessant toil. The offspring of such unions begin life at a severe disadvantage.

Right to Identity
Only 60% of births in Kenya are reported and officially recorded. As a result, as much as 40% of all Kenyan children possess neither an official identity nor a nationality; growing up, in effect, as stateless persons with no hope of access to even the most basic human rights. For all intents and purposes, they do not exist in the eyes of society.